History of the Office

Past Presidents of George Mason University

Anne Holton served as the seventh president of George Mason University, an interim stint while Mason conducted a national search for a successor to Àngel Cabrera. Holton, the former Virginia Secretary of Education, was the first female president in Mason history. She returned to the Mason faculty in fall 2020.

Holton’s tenure might best be remembered for her leadership during the COVID-19 pandemic that forced colleges across the country, including Mason, to close campuses and shift all courses online midway through the spring semester. Prior to her presidency, Holton served as a Mason visiting professor in the Schar School of Policy and Government and the College of Education and Human Development.

Holton worked as an attorney for low-income families from 1985 to 1998 with the Central Virginia Legal Aid Society. She then served as a judge on the Juvenile and Domestic Relations District Court for the city of Richmond from 1998 to 2005, including a stint as chief judge from 2000 to 2003.

As Virginia’s First Lady when her husband, Sen. Tim Kaine, was governor from 2006 to 2010, Holton championed foster care system reform. As Virginia’s Secretary of Education from 2014 to 2016, Holton worked to increase Virginia’s investment in public education, to promote innovation and teaching and learning in state schools, and to ensure every student has a successful pathway to the future, particularly children who live in poverty.

In addition to her work as a Mason professor researching education, social welfare and urban policy, Holton is a Fellow at Mason’s EdPolicyForward, which promotes equity and improved educational outcomes for all students by connecting research to policy and practice.

Holton Plaza on the Fairfax Campus is named after her father, A Linwood Holton Jr., who as Virginia governor in 1972 signed legislation that granted George Mason University its independence from the University of Virginia. 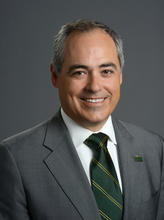 Under Àngel Cabrera, Mason’s sixth president, the university grew in size and stature, emerging as the largest and most diverse public university in Virginia. Cabrera, who left Mason to become president at his alma mater, Georgia Tech, is the first native of Spain to have served as president of an American university.

During Cabrera’s tenure, Mason achieved its first Tier 1 research university distinction from the Carnegie Classification of Institutions of Higher Education and was invited to join the American Talent Initiative, a national coalition of universities delivering high graduation rates and committed to expanding access.

The Peterson Family Health Sciences Hall, Potomac Science Center, Point of View International Retreat and Conference Center, the Fenwick Library and Bull Run Hall expansions, as well as the rebranding of the Science and Technology Campus, all took place during Cabrera’s time as president, as did the launching of the Institute for Biohealth Innovation and the Institute for a Sustainable Earth.

Cabrera also worked with regional partners to attract Amazon to Northern Virginia and helped lead the university’s Faster Farther campaign that brought in $670 million for the university.

Cabrera created the Freedom and Learning Forum to encourage dialogue on timely and sensitive issues and in 2017 established the Presidential Award for Faculty Excellence. The university renamed the Mason Global Center in his honor. It is now Ángel Cabrera Global Center.

Prior to coming to Mason, Cabrera served as dean of IE Business School in Madrid and as president of Thunderbird School of Global Management (later part of Arizona State University). As a business educator, Cabrera played a key role in advancing professional ethics, internationalization, and corporate social responsibility. As a senior advisor to the United Nations Global Compact, in 2007 he was the lead author of the Principles for Responsible Management Education, adopted by hundreds of schools around the world.

Cabrera is co-author of Being Global: How to Think, Act, and Lead in a Transformed World, published by Harvard Business Review in 2012. He earned a telecommunications engineering degree from Universidad Politécnica de Madrid (BS and MS in computer and electrical engineering) and an MS and PhD in psychology and cognitive science from Georgia Tech, which he attended as a Fulbright Scholar. 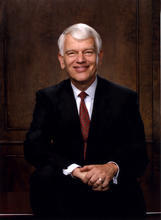 The reputation of George Mason University as a progressive, innovative institution of higher learning continued to gain in strength and scope under the presidency of Alan G. Merten. Becoming the university’s fifth president in July 1996, Merten was instrumental in Mason gaining national and international acclaim for a number of significant initiatives and achievements such as dramatically increasing its basic and applied research activities.

Merten arrived on campus in 1996 believing Mason could emerge as an academic and cultural hub in the Washington, D.C., region like other metropolitan area universities around the country. In 2008, U.S. News & World Report designated Mason as the “Number One University to Watch” and included it on its first list of “Up-and-Coming Universities.”

During Merten’s 16-year tenure, Mason opened more than 20 major buildings on the university’s three campuses, including the Art and Design and Nguyen Engineering buildings in Fairfax, the Biomedical Research Laboratory and Hylton Performing Arts Center in Prince William, and Founders Hall in Arlington.

During Merten’s tenure, the Mason men’s basketball team made its unlikely run to the Final Four, further raising the profile of the university. The former University Hall on the Fairfax Campus was dedicated as Alan and Sally Merten Hall in 2014. 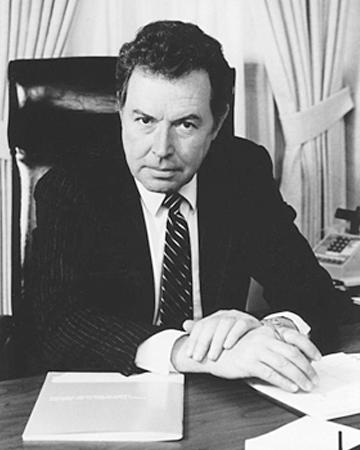 George W. Johnson guided George Mason University from a small liberal arts college of 10,000 students to a nationally recognized institution with 24,000 students and a reputation for innovation and excellence.

Johnson attracted prestigious faculty, such as the eminent Robinson Professors to teach interdisciplinary courses to undergraduates and James Buchanan, who won the Nobel Prize in Economic Sciences.

Major facilities built during Johnson’s administration include the Patriot Center, the Center for the Arts Concert Hall, Student Union Building II (now called the Hub), extensions to the library, student residence halls, six new classroom buildings, and a new university center that integrated academic studies with student affairs activities and programming. At the end of Johnson’s tenure, the center was dedicated in his name.

In 2004, Johnson received an honorary doctorate of humane letters from the College of William and Mary at its annual Charter Day ceremony celebrating public service in Virginia. Johnson died in 2017 at 88. 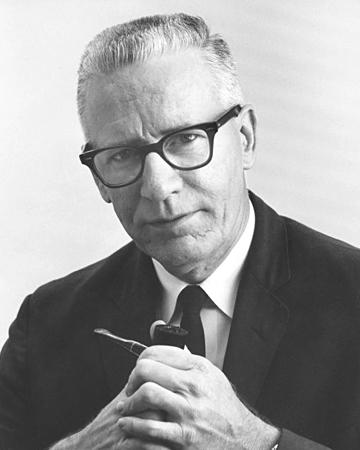 Robert Krug came to Mason in 1965 and held several key positions, including dean of what was then George Mason College, dean of the faculty and graduate school, provost, and vice president for academic affairs prior to his tenure as president.

The Richmond native became Mason’s third president following the resignation of Vergil Dykstra. While president, Krug proved to be an effective lobbyist for funds from the Virginia General Assembly and was responsible for acquiring the university’s first computers.

Krug’s academic expertise was in chemistry. During World War II, he pursued research that led to improvements in aviation fuel efficiency. As a research chemist for Atlantic Richfield in Philadelphia, he was granted a patent for Desulfurization of Hydrocarbons with Boron Phosphate-Alumina Catalyst. He also co-wrote a number of articles that were published in professional journals.

Krug’s first position in higher education was in 1949 as a professor of chemistry at Washington and Lee University in Lexington, Virginia. The following year, he joined the faculty of Virginia Tech where he later became chair of the chemistry department and was the first recipient of the W.E. Wine Award for excellence in teaching. He remained at Virginia Tech for 15 years.

In 1980, Mason’s Board of Visitors honored Krug by naming one of the institution’s original buildings after him. 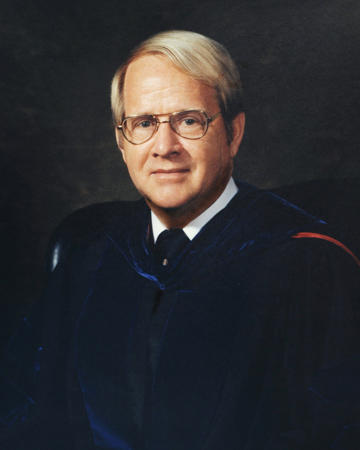 Vergil Dykstra came to Mason after serving as a faculty member and vice president of administration at the State University of New York at Binghamton (now Binghamton University) from 1962 to 1973.

Dykstra arrived at Mason one year after the university was granted independent status. While at Mason, he helped bring archived materials of the Federal Theatre Project to campus and saw the groundbreaking of the university’s first student housing complex, the dedication of Robinson Hall, the opening of Student Union Building I, the creation of the Office of Extended Studies, and the initiation of more than 20 undergraduate and graduate degree programs in academic areas ranging from geography and international studies to nursing and public administration.

The eighth of nine children, Dykstra was born in Harrison, South Dakota, and reared in Iowa. He served in the U.S. Navy from 1943 to 1946. He earned an undergraduate degree at Hope College in Michigan and master’s and doctoral degrees at the University of Wisconsin. 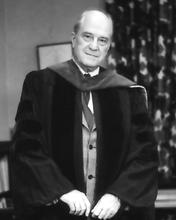 Bureau of Population and Economic Research since 1958 when he was asked to take over as Mason’s chancellor.

An expert in growth, Thompson originally came to Virginia in 1940 to direct a comprehensive population study for the Virginia State Planning Board. It was felt that Thompson’s administrative skills and his expertise in demography would enable him to guide Mason in its expansion.

One of Thompson’s first challenges was to work closely with the commonwealth’s Board of Control to acquire 421 additional acres, the amount of land recommended by the Northern Virginia Regional Planning and Economic Development Commission. This accomplishment marked the beginning of Mason’s growth spurt in terms of land acquisition, buildings, student enrollment, and degree programs that continued for the rest of the century and ultimately captured the attention of the nation’s educational community.

During his tenure as Mason’s chief executive, Thompson was instrumental in the growth of student enrollment from 840 to more than 4,000 and the campus more than tripling its size.